Jean-Louis’ path to acting and the Alexander Technique

Welcome to our blog. My first post, “Turning Points,” explores a recent time travel journey back to 1968 when my path to acting and the Alexander Technique began. . .

Keir Dullea in 2001: A Space Odyssey, Courtesy of MGM

Recently I was vividly reminded why I chose to pursue a career focused on acting and the Alexander Technique. The memory came to me as I was viewing an extraordinary exhibition at the Los Angeles County Museum of Art (LACMA) about one of my favorite film directors, Stanley Kubrick. The way Kubrick, one of the most outstanding directors of all time, described himself and the art of filmmaking is very telling of who he was: “A director is a kind of idea and taste machine; a movie is a series of creative and technical decisions, and it’s the director’s job to make the right decisions as frequently as possible.” The exhibition showcased all of Kubrick’s major films, and when I entered the room devoted to 2001: A Space Odyssey, my mind traveled back to a major turning point in my life.

It was 1968 when I saw 2001 at Philadelphia’s Randolph Cinerama Theatre. I was 17 and didn’t pretend to completely understand the story, but the film stunned me, and I knew the course of my life had just changed. The musical prologue, Ligeti’s Atmospheres, was haunting, and the first images, startlingly beautiful and raw. The title of the first part, “The Dawn of Man,” foreshadowed a journey into the planet’s primal times, when the first man in prehistory came to life. The man-ape characters were remarkable, and I believed their life and behavior were real. They go on to develop their intelligence through contact with extra terrestrial life and learn to kill. Their engagement with the Monolith instigates the first technological leap: the formation of a tool that irreversibly alters their circumstances. It is their inquisitiveness, on all levels, that initiates the change and famous leap into the future. 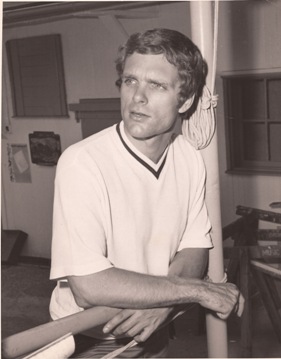 Keir Dullea, the actor who inspired Jean-Louis Rodrigue to work in theatre and film
© Jules Schick

Meanwhile, a second artifact buried deep on the lunar surface is programmed to signal word of man’s first baby steps into the universe — a kind of cosmic burglar alarm. And a third artifact orbits around Jupiter waiting for man to reach the outer rim of his own solar system. When the surviving astronaut, Dave Bowman (played by Keir Dullea) reaches Jupiter, the artifact sweeps him into a force field or star gate that hurls him on a journey through inner and outer space and transports him to another part of the galaxy, where he’s drawn out of his own dreams and imagination. His life passes from middle age to senescence to death. He is reborn, an enhanced being, a star child, an angel, a superman, and returns to earth prepared for the next leap forward in man’s evolutionary destiny.

When the film was over and the lights came up, I suddenly had a new awareness of my life. I felt excited to be living at a time when the world was changing — socially, technologically, politically, scientifically, and artistically. The film was setting a new standard. I knew then that I whatever I did, I somehow had to be involved with acting.

More than anything else, it was Keir Dullea’s performance as astronaut Bowman that moved me so much, with its precision and strange authenticity. His interpretation of the character was so minimal and cold that I was able to feel, in contrast, the bizarre humanity of HAL 9000, the all-too-human computer that was breaking down. I wished I could meet Keir; there was so much I wanted to ask him.

At the time, I was a reporter on my high school newspaper, so it occurred to me that I might use that credential to get an interview with him. I knew he was in Philadelphia, appearing in “Star Spangled Girl” at the Playhouse in the Park, so I called his agent and, sure enough, arranged to talk with him after a matinee performance. I couldn’t believe it.

Waiting for Keir backstage in the green room, I was so nervous. The Playhouse was a permanent tent-like theatre in the round, so the backstage and dressing rooms area were very Spartan but I didn’t care. I’d never met a professional actor, especially one who had touched me so deeply. But as soon as he came in, I relaxed. He was calm, direct and friendly, and I was able to focus on the questions I’d written down in advance. Not only did he answer every one about the movie and his role; he also shared his perspective on the best acting training and how I should go about pursuing an acting career. 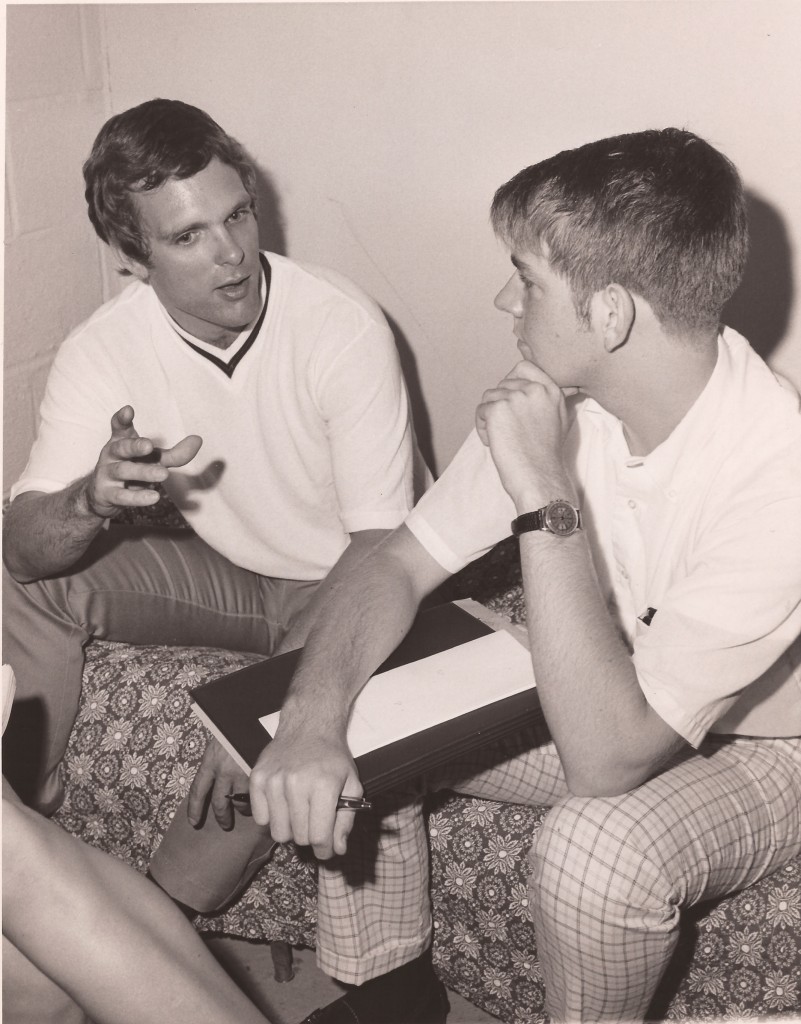 I asked what had inspired him to become an actor. He said he developed a love of drama while doing plays at a boarding school in Newtown, Pa. He then went to Rutgers and spent some time in San Francisco doing odd jobs, including carpentry.

It was his parents who suggested he might want to study drama instead. And that’s what he did — in New York at the Neighborhood Playhouse under Sanford Meisner and Martha Graham. He got his Actors Equity card in 1957.

When I asked if he thought I should study drama at a university, he recommended instead that I find an acting teacher who inspired me or an acting studio where I felt creative. Study in New York, he said, with the likes of Sanford Meisner, Stella Adler, Uta Hagen and Lee Strasberg. He advised me to build my own program in voice, speech, movement, and the Alexander Technique.

No one had ever spoken to me so passionately about acting or training in the theatre. My mind was spinning and my heart was racing. Right then I decided I would see as many plays as I could and delve into research about training as an actor.

Today, I am an internationally recognized acting coach and teacher of the Alexander Technique, and a pioneer in the technique’s application to film, theater, and television. My client list includes Leonardo DiCaprio, Juliette Binoche, Hilary Swank, Josh Brolin, Helena Bonham Carter, Jonathan Pryce, and Matt Bomer. I have worked for most of the major Hollywood studios, on and off Broadway, and at major performing institutions including the Royal Shakespeare Company, Cirque du Soleil, Verbier Festival, Los Angeles Philharmonic Institute, National Theatre, and the Berlinale Talent Campus. Since 1988, I have been a member of the faculty at the UCLA School of Theater, Film, and Television.

Seeing Keir Dullea perform and then meeting him changed my life, and started me on an adventure that has lasted to this day. I’m thankful to Keir for igniting that passion within me, and to his agent for helping a boy’s dream come true.