Jean-Louis reflects on his friendship with Casting Director Marion Dougherty 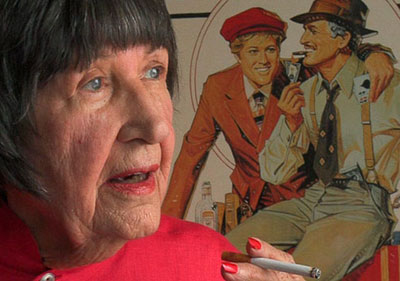 Documentarian Tom Donahue’s Casting By spotlights one of filmmaking’s unsung heroes: the casting director. The film views the last half-century of Hollywood history from a different perspective, and features iconoclastic casting pioneer Marion Dougherty using her exquisite taste and gut instincts to reject traditional Hollywood typecasting and bring new kinds of leading men and women to the screen. Behind the scenes, this woman played a huge role in bringing actors such as James Dean, Dustin Hoffman, Bette Midler, Robert Duvall, Diane Lane, Warren Beatty, Robert Redford, Glenn Close and Gene Hackman onto the big screen. In the process, she helped change the old studio system and usher in a new Hollywood through movies like Midnight Cowboy, Butch Cassidy and the Sundance Kid, Full Metal Jacket, The World According Garp, and Gorillas in the Mist. The documentary was produced by Joanna Colbert, one of L.A.’s top independent casting directors and former Vice President of Casting at Universal Pictures. She often collaborated with Jean-Louis Rodrigue and speaks about casting at UCLA. 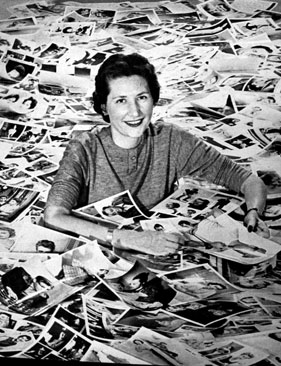 Marion Dougherty in the early days

I have wonderful memories of Marion Dougherty. When we first met in 1988 at Warner Bros., she was Head of Casting. At the time, Ms. Dougherty was casting The Memphis Belle, a film produced by Catherine Wyler and David Puttnam. I was curious to discover more about the casting process, and Marion was gracious in allowing me to watch a few days of casting for the film. She sat in her rocking chair in her cozy casting office filled with antiques and wearing a cat sweater, and she would introduce me as one of the Associate Producers on the film. The moment actors entered her office, they relaxed as Marion took time to make them comfortable and wanted. She was a genius in allowing the human being in the actor to emerge and reveal the character. Of course she also got their best performance out of them. As the relationship grew between Marion and I, she was very kind to speak with my students at the UCLA School of Theater, Film, and Television about the casting process and attended several showcases, always on the lookout for fresh, new talent.

Ms. Dougherty got her start in the early days of live television in New York, and was casting director for more than one hundred movies at Paramount Pictures and Vice President of Casting at Warner Brothers from 1979 until 1999. Under the old Hollywood system, each studio had its own stable of contract players while casting directors would organize “cattle calls,” drawing dozens of actors to audition, all hoping to capture the director’s eye. Ms. Dougherty had a different idea; instead of having a whole lot of short blondes come in for the same role, Marion made it into a very selective process with only a few actors showing up, each quite different from the other and adding a new dimension to the character. She gave the director a choice. Ms. Dougherty was one of the first casting directors to receive a stand-alone credit at the start of a movie — Slaughterhouse Five (1972) — rather than in the so-called crawl of credits at the end.

Marion Dougherty died on December 4, 2011. She is tremendously missed.