Kristof teaches at the Howard Fine Acting Studio in Melbourne 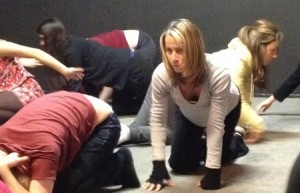 As the Howard Fine Acting Studio in Melbourne begins its second year of operation, it also basks in the remarkable achievement of being one of Australia’s top acting institutions. Two years ago while visiting the Howard Fine Acting Studio in Hollywood, Patrick Constantinou, a young Australian actor and entrepreneur became impressed with the cohesiveness of the acting program and the high quality of the teaching and the faculty. He invited the faculty to create a second studio in Melbourne, where the work could then become more broadly available to actors in Australia.

The faculty teaches in an intensive manner on a rotating system, with teaching periods that last from three to nine weeks. The faculty includes Howard Fine, David Coury, Laura Gardner, Jean-Louis Rodrigue, Kristof Konrad, Marilyn McIntyre, and Ted Brunetti. Howard Fine was first introduced to his mentor Uta Hagen’s work while in high school drama class. Hagen’s work inspires the foundation of training at HFAS and the Alexander Technique is a vital part of this program. 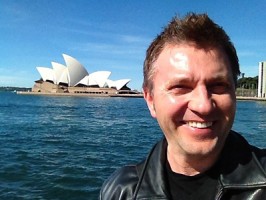 Kristof Konrad just returned from teaching for three weeks in Melbourne, where both he and Jean-Louis Rodrigue have now taught intensive workshops for the full-time course, the scene study classes, and the master classes. He picked up where Jean-Louis left off, and continued to teach the principles of the Alexander Technique as applied to acting, animal studies, and creating the character. He also presented a state of the art “Acting in Film and the Alexander Technique” workshop. This is one of the most successful workshops that Jean-Louis and Kristof have taught in Los Angeles, New York, Toronto, Berlin, and now, Melbourne. 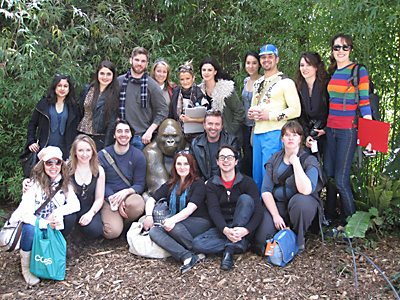 Kristof Konrad with HFAS-Australia students at the Melbourne Zoo