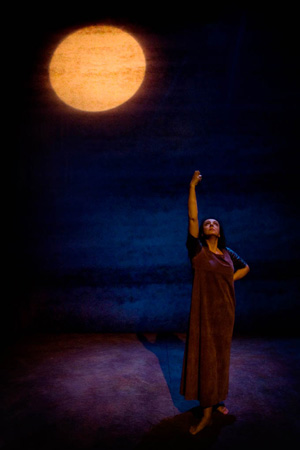 Rita Maffei in The Syringa Tree

Eight years later, the original creative team behind the initial success of the play came together again for an Italian translation of the The Syringa Tree: actress/playwright Pamela Gien, movement coach Jean-Louis Rodrigue, director Larry Moss, and producer Matt Salinger.

When actress Rita Maffei first approached Pamela with the idea of an Italian translation of her highly acclaimed, award-winning play, she was skeptical. It would be difficult to translate the many South African dialects and the historical events that are interwoven within play. Adele Palmeri, an Italian playwright living in South Africa, had already written an Italian translation of the play. So, Pamela asked Jean-Louis to read the play and give her an honest opinion. The response was very positive and Jean-Louis (who is fluent in Italian) committed himself to supervising the translation in order to maintain the soul and technical requirements of Pamela’s play. An agreement was reached and Rita would come to Los Angeles to rehearse the play with Pamela, Jean-Louis, Larry, and Matt. 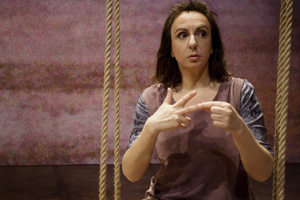 Rita Maffei in The Syringa Tree

Coming together again with the original artistic group to collaborate on such a powerful and life-changing play was a joyful experience. Rita was extraordinary in being able to pick up the original staging of the play directly from Pamela and Larry, while Jean-Louis helped with the physical and vocal requirements of morphing from character to character. 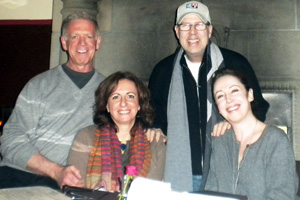 The play traces the journey of a vibrant and curious 6-year-old girl as she confronts the confusing horrors of apartheid. Rita portrays more than two dozen characters, and the transformations required a high degree of physical and vocal flexibility and dexterity.

Rita Maffei and the CSS Teatro Stabile di Innovazioni in Udine is planning to tour the production throughout Italy.