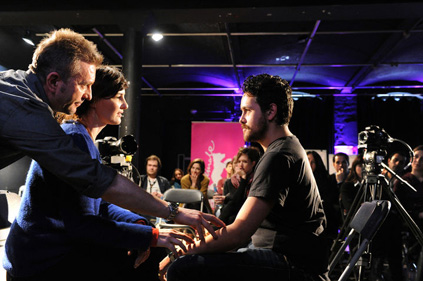 Jean-Louis Rodrigue and Kristof Konrad were invited again to be “Experts” at the Berlinale Talent Campus #11. They will present a major component of the new, intensified hands-on program called Talent Actors Stage.  They will present Embodying the Character, an intensive workshop on using the power of movement and physicality in creating a character in film. They also will present Camera Close-Up Acting, an on camera hands-on workshop exploring the skills and tools that are required for extraordinary performances specifically geared for the camera close-up.

The Berlinale Talent Campus is an annual event that takes place parallel to the Berlin International Film Festival. The Campus and its participants from around the world benefit greatly from their proximity to the main festival center and the European Film Market (EFM). The 350 young students or graduates from film schools and/or film professionals early in their careers are invited to learn from top experts through lectures, seminars, and workshops, and have the opportunity to build international networks.