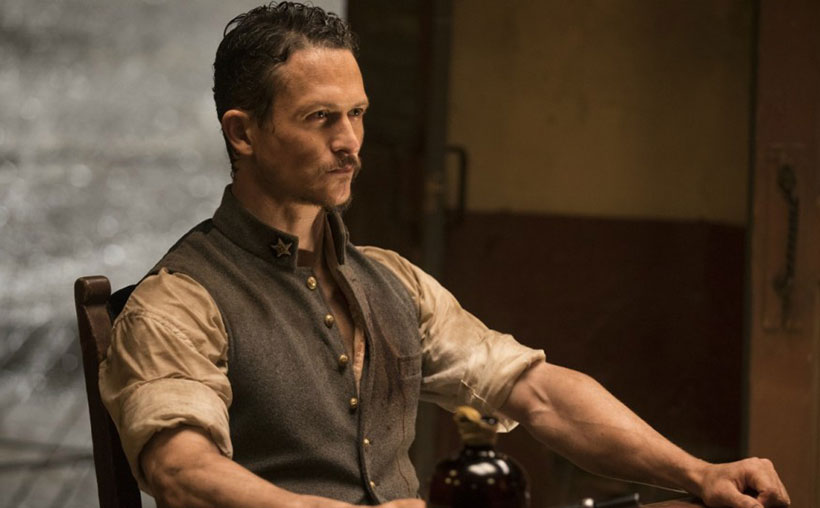 Jean-Louis Rodrigue met and began working with Jonathan Tucker in 2014. Since then, Jonathan has decreased the level of tension in his everyday life, as well as in his performance and voice. In addition to their work together studying the Alexander Technique, Jean-Louis and Jonathan continue to use Animal Studies for the development of each of the characters that have made him television’s most important chameleon. Jonathan elaborates on the depth of their work together:

By exploring animals and natural elements, Jean-Louis guides me into the purity of a character through the body. It’s not simply the arched neck, razorback haircut, or greasy mastication of food for a dinner scene that reflects a hyena in Kingdom, it’s also what comes from putting that animal into my body that allows a character like Jay Kulina to reveal himself fully through text and circumstance. In Justified, the bushy-tailed feline with gentle front paws and an extended, swaying rear was the physical basis for Boon, the final season villain. In American Gods, Jean-Louis and I explored a badger for Low-Key Lyesmith, giving him superlative hearing but poor eyesight. In Westworld, I followed horizon lines with my upper body while playing the hawkish Major Craddock. Incorporating animals into my work invites me to live in a scene instinctually; it’s freedom from ego and thought. Jean-Louis’s studio continues to be one of the most rewarding places in my life — personally, professionally, and spiritually.