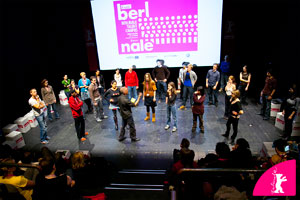 The Berlinale Talent Campus at the Berlin International Film Festival once again has invited Jean-Louis Rodrigue to participate in the 8th Talent Campus in 2010.

Last year’s Berlinale Talent Campus which took place at the Hebbel am Ufer in Berlin-Kreuzberg, is a summit of the most talented up-and-coming filmmakers from around the world and is the brain child of Dieter Kosslick, Artistic Director of the Berlin International Film Festival. This year Jean-Louis Rodrigue was invited to present his hands-on master class called “Embodying the Character”, designed for actors, film directors, and other filmmakers invited to Berlin each year to work on their film projects and be mentored by world class experts in the film industry. 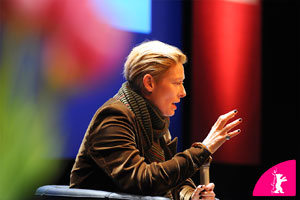 The Campus is an annual event that takes place parallel to the Berlin International Film Festival. The Campus and its participants benefit greatly from their proximity to the main festival centre and the European Film Market (EFM). 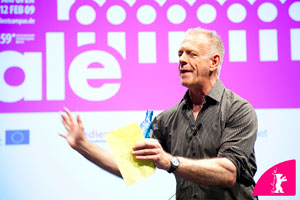 Jean-Louis Rodrigue at the Berlinale Workshop

The 350 young students or graduates from film schools and/ or film professionals early in their careers are invited to learn from top experts through lectures, seminars and workshops, and have the opportunity to build international networks. 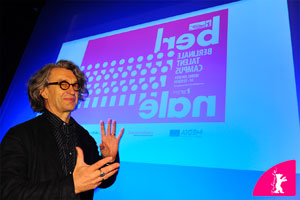 The special focus for the 7th edition of the Berlinale Talent Campus was “Suddenly It All Happened – The Turning Point in Close-Up!” David Kosslick explains that “This year the Campus will focus on turning points, this driving force not only in storytelling and filmmaking but also in history itself. The fall of the Berlin Wall was for example a picture-book turning point which took place in this city but eventually influenced the whole world.” 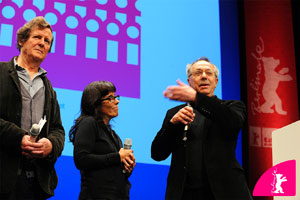 One of six hands-on programs, Jean-Louis offered the possibility to enhance talent projects and as Kosslick says “Especially your workshop Embodying the Characterwas a great experience for the talents who attended the campus. We want to thank you for your generous and enthusiastic support of this year’s campus.” 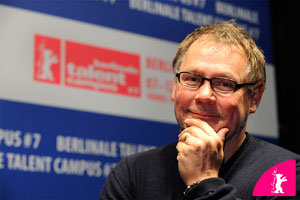