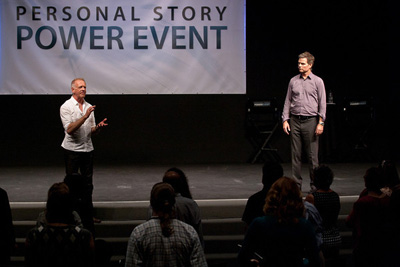 Bo Eason initially worked with Jean-Louis in 2001 while developing and writing his one-man play, Runt of the Litter, directed by Larry Moss. Jean-Louis was brought in to help Bo develop the physical life of more than twenty four characters, and to deal with habits and tensions caused by injuries that he had sustained as a professional football player with the Houston Oilers. The pair worked together in New York City, where the play became a smash success in its Off-Broadway run. In an interview with the New York Times, Bo said of his work with Jean-Louis that he “had to learn how to breathe and move all over again.” The New York Times Theatre Review hailed Bo’s piece as “one of the most powerful plays in the last decade.” 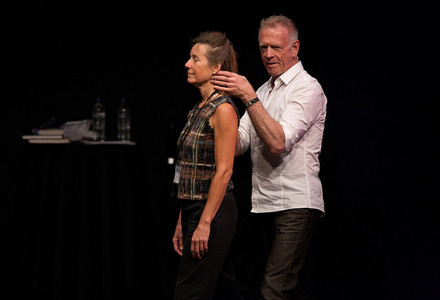 Over the past ten years Bo has toured the play around the country and developed an educational program called Personal Story Power Event that teaches others to write and perform their stories. This fall he invited Jean-Louis to teach the Alexander Technique for two days as a way for participants to connect with their body and breath, and thus improve the manner in which they communicate their stories. The synergy between Jean-Louis’ and Bo’s talents and energies was truly thrilling. They look forward to collaborating more in the future.

To read more about the Personal Story Power Event, click here.
For more information on Bo Eason’s work or Runt of the Litter, click here.