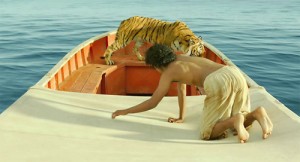 Suraj Sharma as Pi moving as a tiger in “Life of Pi”
Courtesy: 20th Century Fox

In 2010, Jean-Louis Rodrigue was invited by Ang Lee to consult on tiger movement and behavior, and to work with screenwriter David Magee on the integration of movement elements in the script for Life of Pi.

Life of Pi, the tale of an Indian teenager sharing a lifeboat with a Bengal tiger, won its author, Yann Martel, a Man Booker Prize in 2002. The film adaptation stars a newcomer, Suraj Sharma, in the title role, and the cast includes Irrfan Khan, Rafe Spall, and Gérard Depardieu. 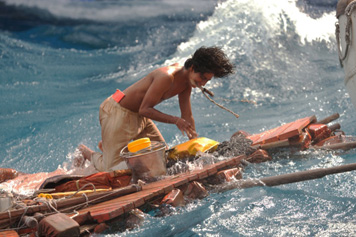 Prior to Lee’s invitation, Jean-Louis had spent months researching tiger movement at the Los Angeles Zoo for Jean-Pierre Jeunet, the previous director assigned to the project. There, Jean-Louis studied the relationship between tigers and their keepers, and absorbed all kinds of fascinating details regarding tiger behavior, movement, and morphology. Zookeepers Dean Lofgren and Dorothy Balanger were a wealth of information, and they were very generous in allowing Jean-Louis to watch their interactions with the tigers. By observing and gaining the trust of Lulu and Manning, the two Sumatran tigers at the L.A. Zoo, Jean-Louis gathered an enormous amount of information about tiger movement and behavior that was vital to the story. 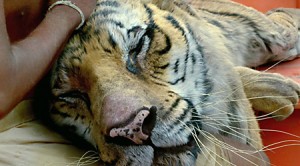 In tigers and all other big cats, the head to tail connection is a postural reflex, and is used as a balancing device in both everyday movement and in running at top speeds. In this way, the lower body can be supported by the legs and pelvis, and the upper body can be absolutely free with fluid shoulders and a neck that allows a complete range of motion for the head and eyes. 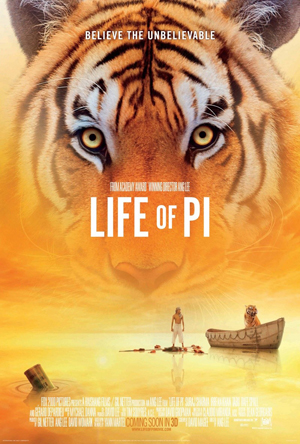 Life of Pi is a perfect combination of 3D technological innovation and a strong artistic vision. We are looking forward to seeing this profound story of human and spiritual discovery. In a letter sent directly to Martel, Barack Obama described Life of Pi as “an elegant proof of God, and the power of storytelling.”