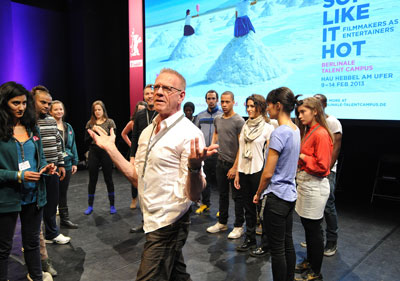 Matthijs Wouter Knol, the Program Director of The Berlinale Talent Campus, is on constant lookout for talented young filmmakers to participate in its high profile training program. The focus of the program is to connect a new generation of international filmmakers with established professionals, and to ensure they find ways to collaborate and support each other. 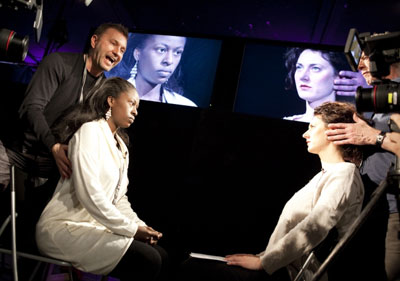 Since 2008, Jean-Louis Rodrigue and Kristof Konrad have conducted several high profile workshops within the program of the Berlinale Talent Campus. Jean-Louis was directly involved in the development of a new hands-on training program for emerging actors, the Talent Actors Stage, for which fifteen to twenty international actors have been selected annually since 2010. His workshops include Embodying the Character and Camera Close-up Acting, both of which have become classics and are highly appreciated by the participants every year. Matthijs Wouter Knol, the Program Manager of the Talent Campus, recommended Jean-Louis Rodrigue and Kristof Konrad to colleagues at various Talent Campus initiatives they co-host in five other vibrant cities in the world: Guadalajara, Buenos Aires, Durban, Sarajevo and Tokyo. The Guadalajara Talent Campus workshop Embodying the Character was a huge success and took place March 1-3, 2013.