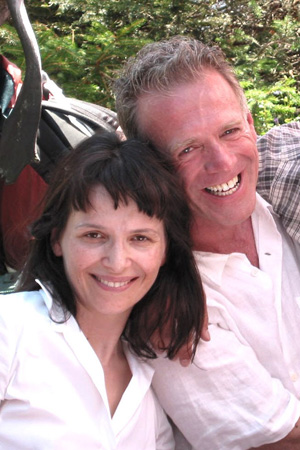 Actress Hilary Swank faced a challenge: after her gender-bending, Oscar-winning performance as a woman living life as a man in Boys Don’t Cry, she wanted help transforming herself into the epitome of graceful femininity as an 18th century French countess in The Affair of the Necklace. So she turned to UCLA’s Jean-Louis Rodrigue.

The movement coach specializes in putting both celebrities and UCLA students in tune with their bodies. Actors including Jonathan Pryce, Helena Bonham Carter, Keanu Reeves, Kristen Dunst and even the Cirque du Soleil have called on Rodrigue’s expertise to help them let go of their personal quirks and discover the motions that embody their characters.

“The audience has to believe that you’ve (moved that way) all your life … and the tensions (or habits) of the character can’t be the tensions from your life,” Rodrigue said. 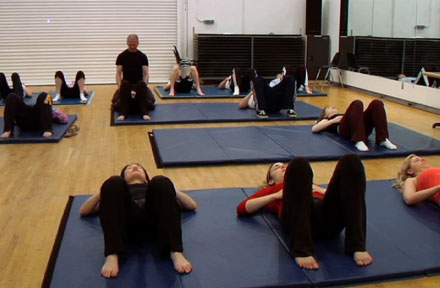 “Hilary Swank needed a way to find the femininity and the style of … the 18th century,” he continued. “We thought of every possible move and manner of the period, from sitting and standing, to lifting a cup, to walking in the garden, to curtseying — things she was not familiar with. … She learned everything.”

Rodrigue was born in Casablanca, raised in Italy and France, and began studying acting in New York just after high school. The in-demand movement specialist just wrapped up one project — helping actor Josh Brolin portray George W. Bush from his 20s through to his 60s on the upcoming movie W — and will join actress Juliette Binoche in London this summer to prepare her for a dance-theater piece at the Royal National Theatre.

With Brolin, the trick was to find different ways of moving for each period in Bush’s life.

“For each age we found some hot points … Hot points are places where you lead from physically. They are places that are so strong that you end up moving from there,” Rodrigue explained.

“We found that in his 20s, George Bush moved through his scent, through smell, and his sexual organs. … (He was at Yale) but he also partied a lot, so he was very interested in the social pursuit of women.

“So this nose,” he said, laughing, “helped him smell literally where the girls were, and of course, you know, his sexual organs helped, you know, to bring that about, and that helped Josh find the physicality. … When George Bush found religion and became born again, we thought of having the crown of his head as a hot point, and then his heart … and that’s why (Bush) seems so honest.”

Internalizing the physical drives of a character — particularly a real character — is what elevates the portrayal from parody to truth, Rodrigue said.

In between coaching stars like Brolin and Binoche, Rodrigue teaches students at UCLA’s School of Theater, Film and Television.

Although his techniques can seem simple or even silly at first, they create dramatic and effective transformations in his students’ performances. A method called the Alexander Technique is central to his teachings, emphasizing the proper alignment of the body and the release of tension. To an outsider, this appears to focus on elongating the neck and spine, loosening the joints, and avoiding bad posture habits. It’s much more, Rodrigue explained.

“Posture training is rather boring,” he joked. “I teach actors to become more aware of their bodies and how to use their bodies to communicate … I feel like a pioneer. A lot of people don’t know about this work.”

Rodrigue literally reaches out to his students, posing their bodies in the appropriate alignment. He lifts their heads, gently presses their shoulders, and pulls their hips downward to loosen their waists, pelvis and knees. In the classroom full of young thespians, bawdy humor occasionally takes over, but it’s clear that the students feel comfortable and supported when they perform in front of Rodrigue.

In each class a few students perform, then adjust their performance according to Rodrigue’s advice. With Morris, who performed on his guitar in class and then heard Rodrigue’s suggestions, the change was drastic.

In his first performance, Morris sat wrapped around his guitar, eyes focused on his instrument, absorbed in apparent enjoyment of the raucous song he sang. Rodrigue forced him to stand, reminded him to stretch his spine and neck, use his hip and knee joints, and look at his audience. The performance changed from that of a moody rocker to a rock star as Rodrigue continued adjusting and aligning Morris’ body, seemingly releasing Morris’ instinct to move to the music. His taller stature and unwavering eye contact gave the impression of justifiable confidence.

“I enjoyed the song the first time,” one female classmate piped up afterward. “But now, I would pay to see you perform it.”

A lot of it is about confidence, Rodrigue noted. His students constrain their movements, look up or down too much, or slouch into themselves. Lana Chae, a fourth-year piano major in Rodrigue’s class, said he helped her realize that despite her mastery of the piano, her body language reflected only the self-critical nature that helped her achieve that mastery. She has gotten compliments on her performance since incorporating his ideas.

In another class, Rodrigue asked senior Alex Urbom to make circles with his arms during a serious monologue. Though Rodrigue doesn’t want the awkward movement to become part of the performance, the big gestures seemed to help Urbom project more emotion. Next, sophomore Chris Sawtelle performed a bombastic monologue, playing an angry soldier blasting a father figure. Rodrigue suggested performing in a child’s voice as a one-time exercise, and the hurt and betrayal that were lost in the one-note vitriol of the first performance emerged.

In a way, Rodrigue turns his disciples into blank slates, stripping them of their habitual movements, gestures, postures and tensions so that they are free to adopt only the motions that aid their performances. Rodrigue also touts the health benefits of proper movement, and emphasizes the benefits to performers who gain range in their “instruments” — that is, their bodies.

“It’s really just patience, and repetition, and discipline. A lot of discipline,” Rodrigue said. “I don’t know about a blank slate, but their instrument is more available so they can do different kinds of characters. … I’m not teaching how to act. I’m teaching how to do what you want, to your fullest potential.”