How Zoey Deutch Uses Animal Work in Her Process (Backstage) 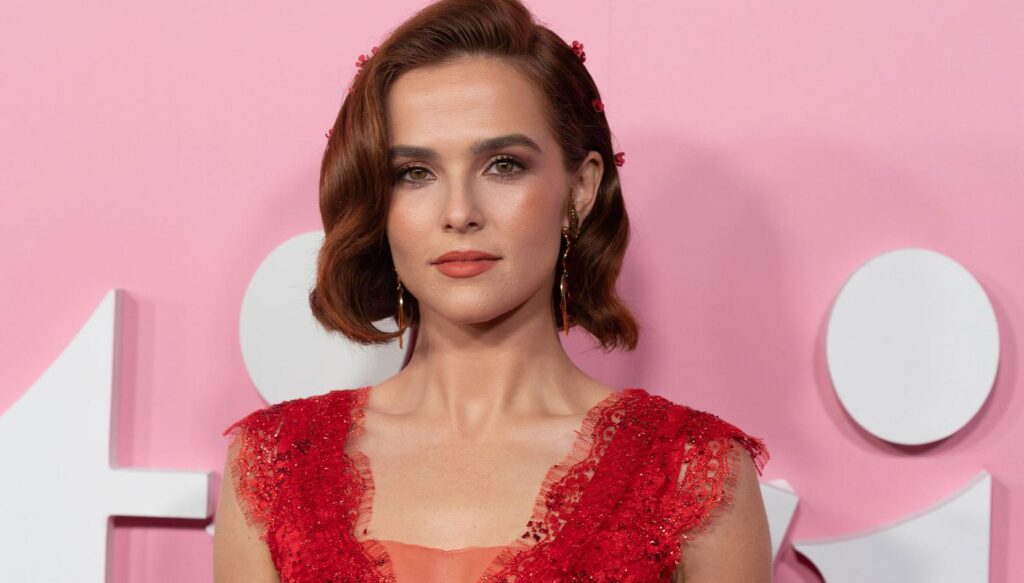 “It sounds so silly and it sounds so weird,” Zoey Deutch says of the work put into preparing for every character she plays, “but I think so much of it is just getting out of your head and doing something that feels so out of your comfort zone.”

That’s what acting is all about for Deutch, who’s turned a lifelong obsession with storytelling into a succession of fascinatingly varied roles onscreen, including “Vampire Academy,” “Everybody Wants Some!!”, “Why Him?”, “Before I Fall,” “Rebel in the Rye,” “Set It Up,” and “Zombieland: Double Tap.” The child of director Howard Deutch and director-star Lea Thompson, Zoey Deutch began studying the craft long before her first gig as a teenager on the Disney Channel. All her characters, each as different as the next, are prepared with an arsenal of actorly tricks, as she reveals in her thoughtful “In the Envelope” interview.

“I’m a heavy prepper,” Deutch admits. Before beginning any job, she’s already worked on the material with five different acting teachers. “I go on set with all this prep and all this work. Then I do let it all go, and it all feeds each other.”

Her foundation in improvisation training, she adds, has always been the most helpful tool. Working with Alexander Technique teacher Jean-Louis Rodrigue, Deutch says she improvises as a different animal for each of her characters. “I love, love, love animal work,” she exclaims. “It allows me to base my characters not just off of people and experiences that I’ve had, which are limited. No matter how much I want to believe I lead a cultured, open life, I’m in a bubble. So it opens your world up.”

As Infinity Jackson on Netflix’s “The Politician,” from Ryan Murphy, Brad Falchuk, and Ian Brennan, Deutch channels an octopus: “She’s a trickster, an animal that needed to be able to change colors and shape and camouflage, disappear. She’s a predator and she can also appear as prey, like an octopus.” Opposite Glen Powell and Lucy Liu in Claire Scanlon and Katie Silberman’s rom-com “Set It Up,” she flitted about like a bird. As Eugene O’Neill’s daughter in Danny Strong’s “Rebel in the Rye,” a dolphin provided inspiration.

“I didn’t use it at all,” she says of the latter example, “except for one line where I remember I did something very bubbly. I thought of bubbles coming out of my head and that was fun! That’s all it’s for.” Plus, the technique has an additional benefit: after fearlessly rehearsing lines embodying up to 100% of the chosen animal, she’s freed of shame and creative inhibitions. “Nothing will be as embarrassing as you…with one other person in a big theater, looking absolutely insane playing a dolphin.”

As for auditioning to earn these roles, Deutch doesn’t prepare to quite the same extent. “I say yes to almost every audition—even if I don’t think I want to do it or I’m right for it,” she says with a laugh. She also practices a post-audition mantra. “One thing that I really love to tell myself, which genuinely helps me, is [that] it’s none of my business what other people think about me. So hard, especially when you’re literally asking what other people think about you! You want a part and you’re literally asking, ‘What do you think about me?’ But really, it’s none of your business.

“I don’t care what people say, it’s always nerve-wracking,” she adds, remembering how her mother once explained that for actors early in their career, the kind of nervousness they tend to embody in an audition room can lead to types of characters. “When I get nervous, I get really schticky and loud and trying to make you laugh and whatever, those are the kind of parts that I’m going to get.”

Thompson also provided her daughter with an example by which to navigate a life in Hollywood. “She started her career in the ’80s and she, at a certain point, got pigeonholed as America’s sweetheart. I can see that and I can see where that happened. I think I tried to make a conscious effort to try to almost build up an arsenal so that I couldn’t get pigeonholed.” That extends to Deutch’s work as a producer; alongside sister Madelyn Deutch as writer-composer and with Thompson as director, she co-produced 2017’s “The Year of Spectacular Men,” and this year led and produced indie comedy “Buffaloed” from Tanya Wexler and Brian Sacca.