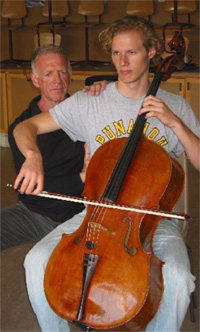 Jean-Louis has been working with cellist Sebastian Bäverstam since he was 10. Now 19, Sebastian has the exceptional opportunity of continuing to study and grow with the Alexander Technique.

In 1994, the Verbier Festival and Academy included the F.M Alexander Technique course in the Academy curriculum. Jean-Louis Rodrigue took over this programme in 1998, and with Kristof Konrad has insured that it has gained in importance by working tirelessly to fulfill their goal of making it available to all of the attending professional artists, orchestra members, and academy students.

The level of talent at this year’s Verbier Academy was truly staggering. It was a convergence of musicians from all over the world with a common goal; to achieve excellence and work together on performance problems. After the first week, we were able to recognize and work on these creative challenges, often finding practical solutions and new ways of performing. The wonderful and rare opportunity offered by the Verbier Festival is the opportunity of working with musicians over many years and watching them grow as human beings and artists. 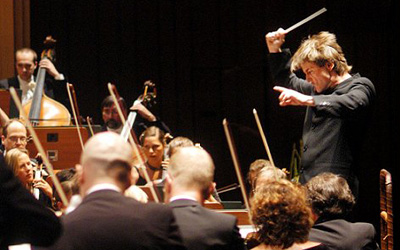 The most fascinating artists and performances in the Festival included a new composition by Esa-Pekka Salonen called L.A. Variations, conducted by Esa-Pekka. An intense piece of music that truly expressed the soul and multi-faceted character of Los Angeles. 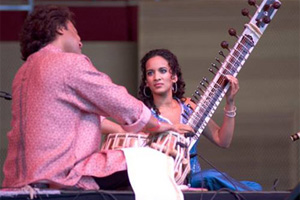 Another unique evening of music was offered by Ravi Shankar’s daughter, Anoushka. She performed two pieces composed by her father for sitar, tabla, and the violin played by Joshua Bell. The first piece was called “West Meets East Sessions,” commissioned by the United Nations, and the second, was a new piece especially composed for the Verbier Festival.

Bravo, Joshua and Anoushka, for the hottest evening at the Festival — you rock!