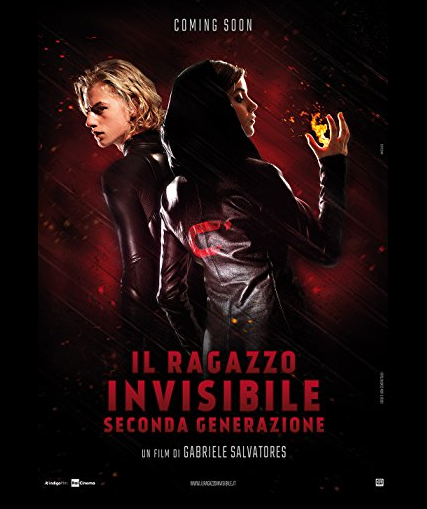 Two years after the release of The Invisible Boy, the second chapter of the saga returns, once again directed by Oscar winner Gabriele Salvatores. In the sequel, Kristof Konrad plays Igor Zavarov, a rich oligarch, absolutely obsessed with finding out how he can control and use the invisible boy’s superpowers.

Kristof spent time in Trieste and Rome in July and October 2016 to play the diabolical character. The first time he arrived on set, Kristof had a nostalgic reunion with director Gabriele Salvatores whom he had met over 20 years prior when Kristof was a young acting student in Italy. While in school, Kristof worked in the heart of Rome at Osteria St. Ana where he met many top American and Italian filmmakers, including Federico Fellini, Al Pacino, Sergio Leone — and Gabriele Salvatore. Gabriele had come to the restaurant shortly after he won an Oscar for Best Foreign Language Film (Mediterraneo). The two had interesting conversations about the state of the world at the time since Kristof was new to Italy and came from communist Poland. Needless to say, Kristof was overjoyed to not only book the role of Igor in Gabriele’s film over 20 years later, but also work with the Academy Award-winning director whom he met when he was young actor with big aspirations.

The Invisible Boy: Second Generation (Il ragazzo invisible: Second generazione) is an Italian fantasy-superhero starring Ludovico Girardello, the protagonist of The Invisible Boy, who returns to the title role. Director Salvatores explains what prompted the sequel:

It was not just the response and appreciation of the young audience that made us continue with a sequel. We still have so much love for our invisible boy; we wanted to follow him in his adventures as a teenager as he faces the challenge of being ‘special’ in everyday life.

The film is set to open in Italian cinemas on January 4, 2018. Check out Kristof in the dark and mysterious trailer below and stay posted on updates by liking it on Facebook.