Kristof guest stars on of House of Cards 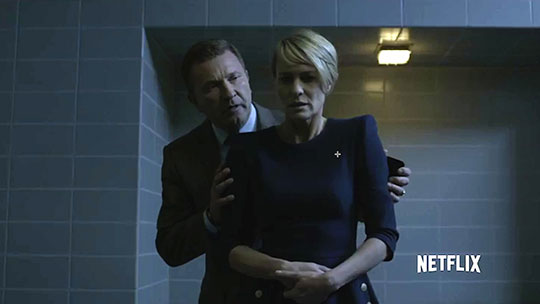 House of Cards premiered its third season on Netflix on February 27, 2015. Catch a glimpse of Kristof in the trailer below.

Kristof reflected about his time working on the show:

“As an actor, it doesn’t get any better than working on set with people like Robin Wright and Kevin Spacey. I felt the heightened awareness in the air that forced me to be present, listen with my blood, and be available.”