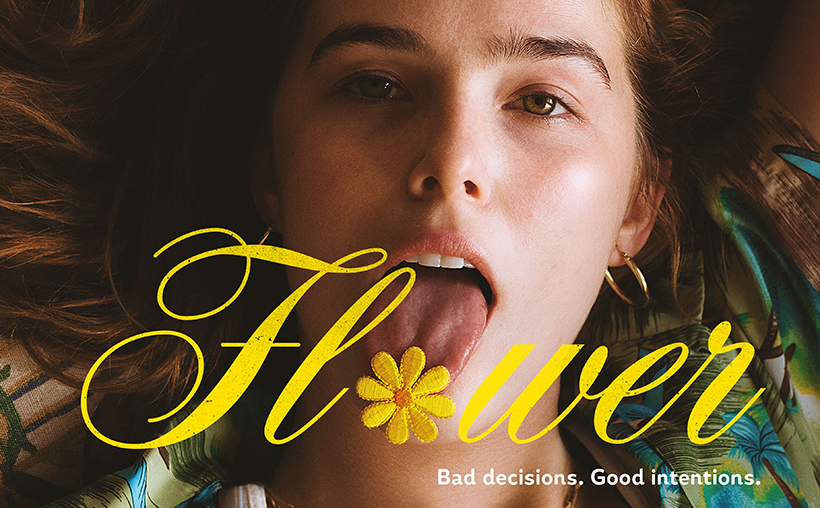 Zoey and Jean-Louis previously collaborated for her role playing Eugene O’neill’s daughter, Oona O’neill, in Rebel in the Rye. Jean-Louis spoke about what makes their working relationship so positive and productive:

Working with Zoey is always creative and exciting because of her sensitivity, responsiveness, and work ethic. I give her a lot of homework to do about her character — physically, psychologically, and spiritually. Every detail of her biography and the story must be covered so we can explore these things together. Zoey comes in fully prepared with an enormous amount of research material, an open mind (while still having strong opinions), and a beautiful sense of curiosity and hunger for learning.

Flower is a provocative coming-of-age story about Zoey’s character, Erica Vandross, who is determined to expose the sexual transgressions of a high school teacher. She recently spoke with Hello Giggles about the film’s relevance during the Time’s Up era:

We made this movie before any of the stories broke, but it’s not a secret that this is a business that has had a very unequal power struggle, and women have been taken advantage of and preyed upon since its inception.

I think in a lot of ways, whether or not this is the politically correct to say this, but [the film] is a wish fulfillment of what would happen to strike back at men in power who have abused their position. I’m not saying that killing somebody who’s sexually assaulting women is okay or right, or what you should do, but these characters in this movie don’t necessarily handle it in a productive way, which of course is in contrast to the Time’s Up movement. But it’s supposed to feel like they want to do something — there’s a clear problem, and no one’s helping them.

Read more about Zoey’s take on her character and the importance of the film in the L.A. Times:
Dark comedy “Flower” is a coming-of-age story ripe for the Time’s Up era.