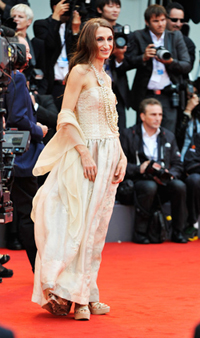 Acclaimed Italian actress Giselda Volodi traveled from Rome to Berlin to take the Animal Studies Intensive Workshop with Kristof Konrad in June 2011. Giselda and Kristof have been close friends since their acting training days at the Alexander Fersen Studio in Rome, and she did not want to miss the opportunity to train with both Kristof and Jean-Louis. Giselda took the course as part of her preparation for her leading role in E Stato Il Figlio (It was the Son), directed by Daniele Cipri. The film was screened in competition at the 69TH Venice Film Festival.

Set in Sicily during the Mafia’s most violent years, the movie tells the story of a working class family who has lost their little daughter, Serenella, mistakenly hit by a bullet of organized crime. You may expect this to be a heartbreaking drama but E Stato il Figlio is in fact a black comedy. Giselda plays Loredana, the wife who is trapped in this crazy family like a goldfish in a bowl.  The actress found the physicality and energy of her character while investigating various methodologies and animal explorations in the four-day Berlin Animal Studies Intensive Workshop.

Her next film is Wes Anderson’s “The Grand Budapest Hotel” starring Johnny Depp. 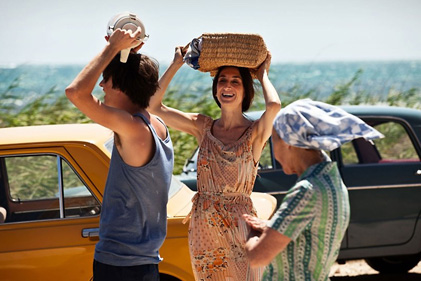