Alexander Technique and the Pilates Method of Movement Re-education: A Biomechanical Perspective

Written by John Macy, this article first appeared on the Pilates and Alexander website. 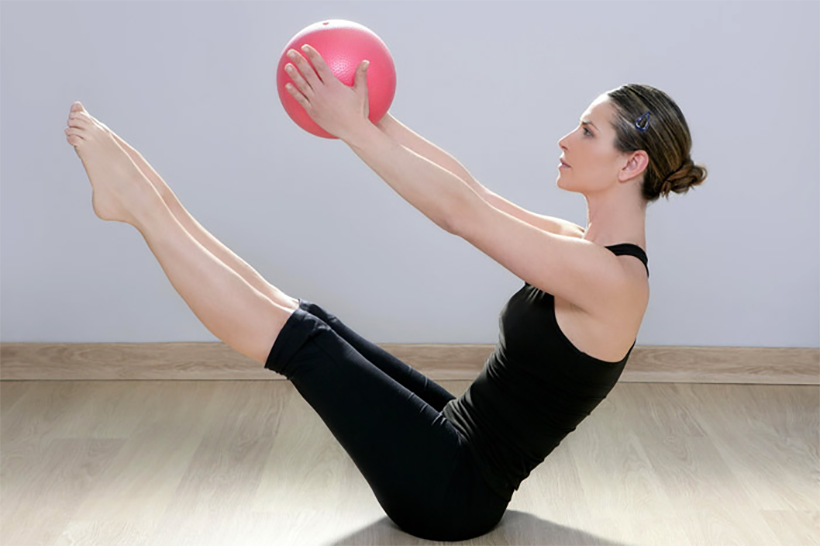 In the last several years the techniques and exercises created by Josef Pilates have gained a significant following of people who have found that it results in significant gains in strength, coordination and overall movement efficiency. People who apply the discoveries of F. M. Alexander to their daily movement patterns also report many of the same changes. As a teacher of both the Alexander Technique and as a certified Stott Pilates instructor I have come to see these methods of retraining as excellent compliments to one another and that the utilization of them together results in synergistic improvements that greatly increase the results of each technique alone.

The Alexander Technique is the application of the discoveries of F. M. Alexander to human functioning by the repeated use of the conscious mind to alter the manner in which one uses their organism to move in the world. What distinguishes it from other methods is its emphasis on changing the habitual movements we make dozens or even hundreds of times a day. These changes are caused by consciously altering the use of the physical structures and mechanisms that control our movement. By changing how the controls are used the subsequent movement is also altered.

A good analogy would be that of flying a small airplane, if the controls are handled smooth and gently the plane moves in a smooth and easy manner, if the controls are pulled and pushed rapidly and hard the airplane moves in a jerky and harsh manner with significant increases of stress on the aircraft. In both cases, it is the manner in which the pilot handles the relatively small motions of the controls (he only has to push the stick forward one foot to make the plane drop hundreds of feet in a very short time) that regulates all the motion and strain on the craft.

As a corollary to this, to change the way the controls are used one must make changes in what information is used and the decision process applied to that information. Information and decisions are controlled by the nervous system in humans, so changes in control require changes in our brains and nervous systems. This process is referred to as “changing our thinking”. Changing our thinking is at the heart of the Alexander Technique.

Joseph Pilates developed a system of exercises that emphasizes developing strength and coordination in the musculature of the human body based on several principles that were then incorporated into a large set of prescribed movements. The overriding principle is conscious movement that engages the musculature in a manner which results in the contraction of the specific muscles desired in a biomechanically-optimum fashion for the organism as a whole. These exercises include the very specific conscious coordination of breathing, timing, and the smooth transition of workload from one muscle group to another during the exercises. The result is the strengthening of the support musculature of the body in a manner that is accompanied by changes in thinking so habits of contracting non-targeted muscles are avoided.

By practicing such targeted exercise people develop the ability to isolate and control individual components of their movement and regain the strength in the “core musculature”, those components of the human frame that create a stable base on which our other muscles can work from to do things in the world. For example, if you reach out to someone with your arm with your head and spine erect (stable frame for the arm muscles to work from) this is very different than if you drop your head and round your back as you lift the arm (unstable frame for the arm to work from). If you do not possess sufficient strength in you back and neck to hold up your head you will always lift your arm up in the latter fashion.

The result of application of the Alexander Technique or Pilates method is that people develop an ability to consistently move in a manner much closer to optimal use of the human frame and nervous system. What differs is the focus of the training. With the Alexander Technique a person learns to change the thinking and control which results in a changed use of the muscles and nervous system. One then goes throughout daily life with the new use pattern and, over time, this will change the balance of strength in the muscles so that the stabilizing muscles work in proper order and timing with movement muscles. With the Pilates exercises the muscles or groups are strengthened directly, but in a manner that preserves and enhances the use of the muscles in optimal relationship or coordination with the other muscles of the body. In both systems it is critical that the person is using conscious awareness and control in order to change the nervous system.

This overlap in conscious control and awareness and the resulting similarities in how people change with these techniques points out why these systems are so complimentary. The Alexander Technique primarily emphasizes the development of nervous system control to change patterns of muscle use and strength balance. The actual strengthening of weak support muscles comes secondarily, by doing daily activities differently over time. The Pilates exercises primarily emphasize strengthening the support muscles directly so that more biomechanically sound movement can occur because the strength in the correct muscles has been developed. Nervous system control is developed secondarily by doing the exercises in the proper manner (coordination with breath, isolation of targeted muscles, and smooth transitions). The Alexander Technique and Pilates method both have the same goal, optimal use of the human organism. While each arrives from a different direction, neither is exclusive of the other.

My clinical and personal experience is that people who study and apply both methods make significant gains in function much faster than either alone. Their ability to grasp and apply the principles in either method is greatly enhanced when compared to the rate of learning of those who only study one or the other. This leads me to conclude that practitioners of either would do well to study the other, as part of their own training and personal growth.

John Macy PT, PRC has been studying techniques for improving human function and movement control since 1978 when he began learning yoga. He earned a degree in Physical Therapy from the University of Wisconsin – Madison in 1984 and has since studied a variety of techniques that focus on alignment, soft tissue dysfunction and neurological control of movement. The Alexander Technique, Muscle Energy, CranioSacral Therapy, NDT, Strain Counterstrain, Postural Restoration, pilates, and Tai Chi are a few of the techniques he has studied in depth. Complementing this is a broad experience in patient care, with experience in hospitals, skilled nursing facilities, home healthcare, and outpatient clinics across the country treating people with orthopedic, neurological and developmental difficulties. He has taught workshops on manual therapy across the United States and on the Alexander Technique in the US, Europe and the Middle East. In his current practice as owner of Great Plains Pilates and Physical Therapy he specializes in working with clients who have recovered from acute injuries or dysfunction and who seek to maximize their ability to move and perform in activity. When not at the clinic or teaching, John pursues his interests in the arts, gardening, astronomy, and a variety of outdoor activities.