Student Update: Adria Tennor & Dash Pomerantz contribute to the success of “The Artist”

With its echoes of everything from “A Star Is Born” to “Singin’ in the Rain,” “The Artist” is right at home in its numerous Los Angeles locations, which include Mary Pickford’s house on Fremont Place, the Bradbury Building, the back lots at Paramount and Warner Bros. and the circa 1915 Red Studios on Cahuenga Boulevard in the heart of old Hollywood. It revives a lost art and makes it live for today, and that is definitely something to be thankful for.  Another wonderful aspect of the film is the integration of American actors in the cast.  Two of our Alexander Technique students, Adria Tennor and Dash Pomerantz, were cast in pivotal roles.  Adria was John Goodman’s faithful secretary, and Dash was Bérénice Bejo’s handsome boy friend.  We congratulate them for their extraordinary performance and vital contribution to the huge success of this film which has won the Academy Award for Best Film of 2011. 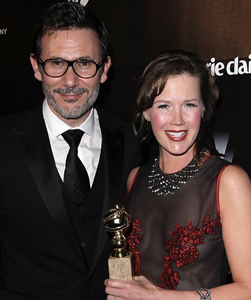 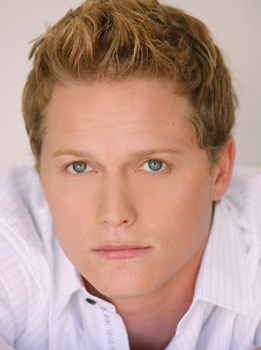