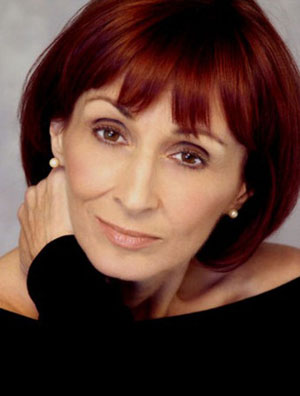 Natalija Nogulich was originally recommended to Jean-Louis in 1987 when she was to play the lead role in the production of Hedda Gabler at the La Jolla Playhouse. From that first experience of working together, Natalija has been constantly studying and applying the Alexander Technique as a way to enter her roles. Once more she called on Jean-Louis to help her play several roles in Claudia Shear’s new play Restoration, directed by Christopher Ashley, also the artistic director of the La Jolla Playhouse.

Restoration deals with the Herculean task of restoring Michelangelo’s David prior to its 500th birthday. Playing three different characters, Natalija was looking for fluidity and flexibility of body movement and voice. Each character had a distinct walk, sound, shape, and inner life. Christopher Ashley describes the play in the following way: “In Restoration, Claudia tackles several important issues: What is our relationship to history- our own and as a whole? How do we contend with our own mortality? Why do we make- and preserve –art? Claudia uses humor and compassion to tell a story about the ways we choose to live in the world and with each other.”