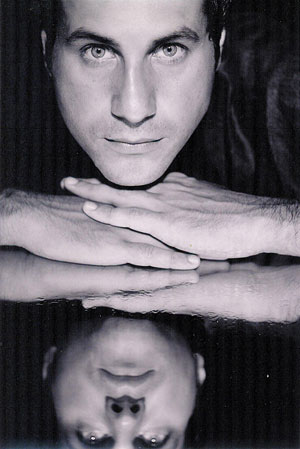 “The Bacchae” directed by Gulu Monteiro

The Getty Villa Theater Lab will present a production of Euripedes’ final drama “The Bacchae.” Directed by Gulu Monteiro and produced by his Ipanema Theater Troupe, the production will deliver an intense mystical and ritualistic experience. Jean-Louis Rodrigue is collaborating with Monteiro in preparing all the cast members physically and vocally using the Alexander Technique as a way of dealing with the demands of the highly physical production. Five actresses and dancers portraying the Bacchae are joined by four percussionists—two of whom are capoeira masters—who will use over 20 Brazilian instruments.

Narrated largely by a chorus of Bacchae, followers of Dionysus, this last extant Greek tragedy describes the epic clash between the rising cult of Dionysus, god of wine and theater and symbol of the emotional and irrational, and traditional Greek beliefs and order. Seeking to avenge crimes commited against his mother, Dionysus unleashes his wrath on the city of Thebes, possessing its women with a violent and uncontrollable religious ecstasy that precipitates total social breakdown. The Bacchae is the last play by ancient Greek tragedian Euripides (480–406 B.C.). His earlier play Hippolytos was performed at the Getty Villa in September 2006. 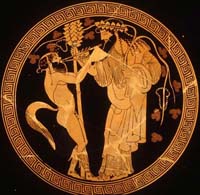