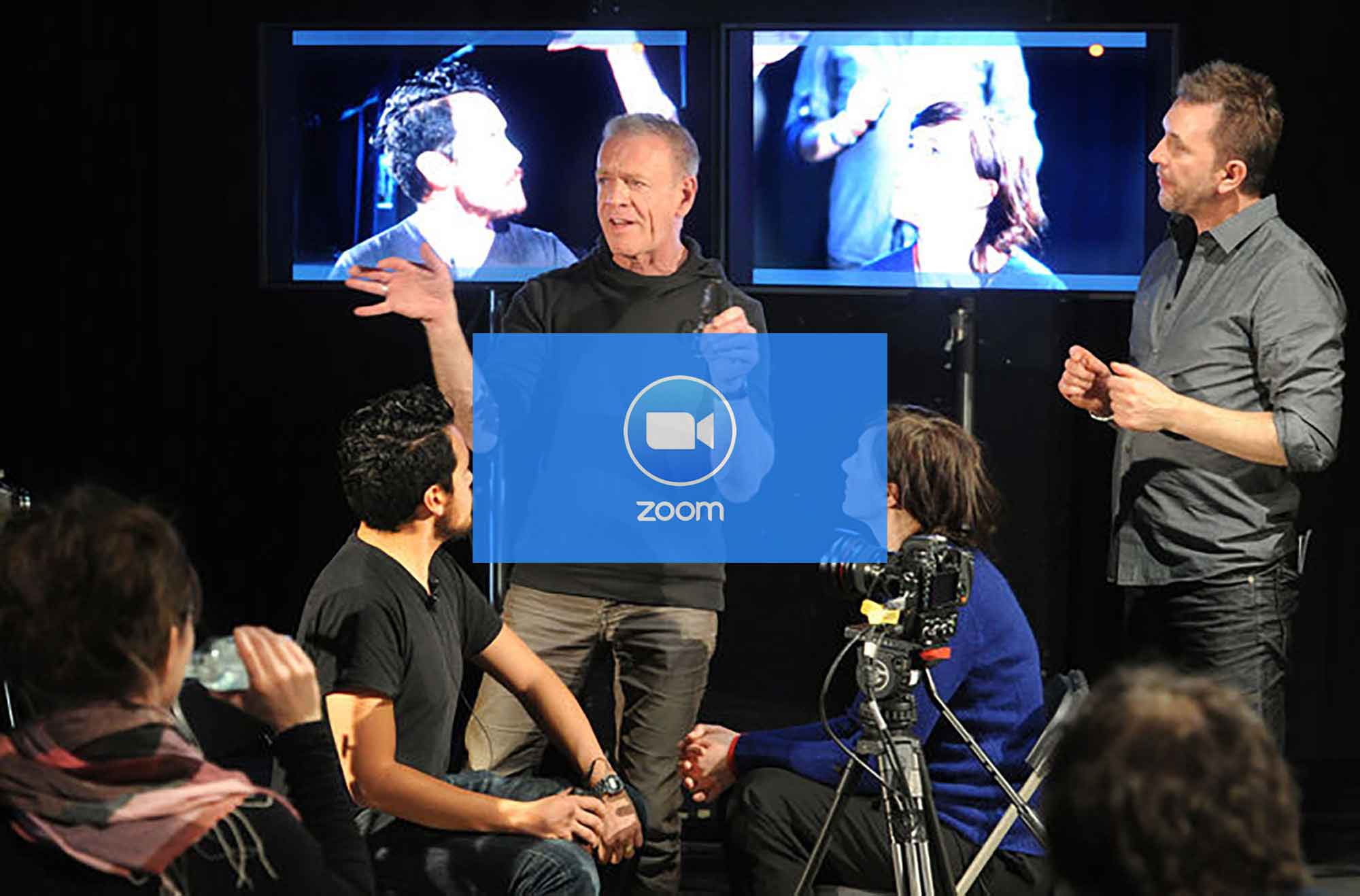 From time to time, we offer “Acting in Film & the Camera Close-Up” — probably the most popular workshop we present because of its application to film and the actual feedback actors get in real time on film. Participants see the improvement in their acting from beginning to end.

This class is live and online and focuses on the camera close-up for actors and directors. During the COVID-19 pandemic, we will use Zoom as the close-up medium. All actors will work on assigned scenes with an assigned partner, with coaching by Jean-Louis & Kristof.

An actor’s vision in film acting is lived emotionally and physically. That kind of performance requires more than instinct; it needs interpretative intelligence and a mastery of physical, psychological, and emotional craft into performance. Jean-Louis and Kristof lead an intensive workshop to explore the skills and tools that are required for the extraordinary creation of characters and performances specifically geared for the camera close up. Having collaborated with such film artists as acting coach Larry Moss, Leonardo DiCaprio, Juliette Binoche, Josh Brolin, Chris Pine, Hilary Swank, & Helena Bonham Carter to name a few, Jean-Louis and Kristof share a unique point of view of applying physicality and the Alexander Technique to acting in film.

Areas that will be explored:
Becoming versus Performing; You are more than your habits; Freeing impulse and response patterns, Discovering stillness and vulnerability in close-up; Listening with your whole body; Personality and character; Breath as energy and a vehicle for emotion; Emotions as an undercurrent; Relating to other actor’s emotions (sadness, happiness, anger, love, fear).

A video recording of each class is included for personal use.

We're sorry, but all tickets sales have ended because the event is expired.